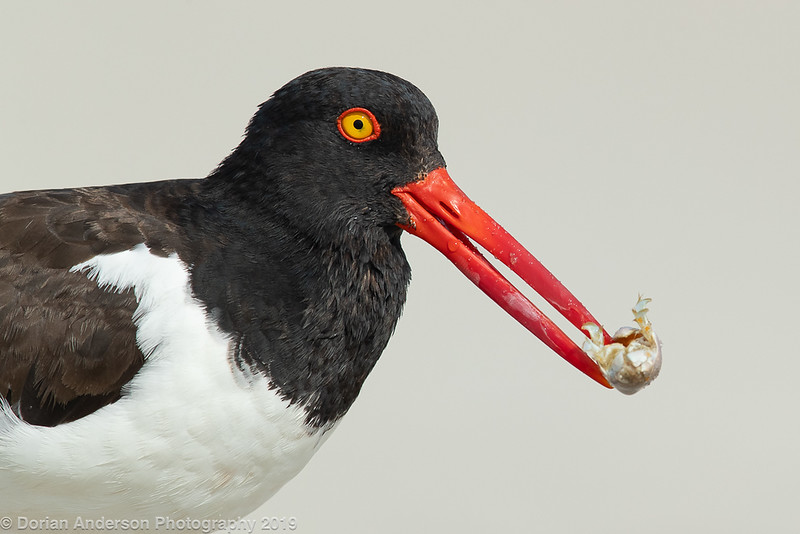 I don't usually think of oystercatchers as voracious predators, but every time I turned around these guys were pulling another san flea out of the surf. I'm not sure if they can smell them or detect them moving around in the sand, but either way loads of these morsels feel prey to those big red beaks while I watching. It's worth comparing this adult to its fully grown chick in the previous photo (taken with the exact same settings and not five minutes apart)